Pennsylvania's streets were filled with tear gas, arrests, and vandalism on Sunday in response to the killing of George Floyd, an unarmed African American man, by a white Minneapolis police officer.

The first few hours of the protests started peacefully. However, similar to the other cities in different states, things went for the worse. Police walked wearing riot gear in Harrisburg, Philadelphia, and Pittsburgh, using tear gas and pepper sprays against demonstrators who are escalating violence and vandalism in these areas. They are expecting to have more violent protests in the coming days.

In response to the events, Harrisburg Mayor Eric Papenfuse posted a statement on Twitter, saying: "With two Capital Police officers in the hospital and several patrol cars badly damaged by bricks, I am watching law enforcement repeatedly attempt to deescalate while allowing room for peaceful protest - Commissioner Carter has been out front & represents the best of #Harrisburg."

From the Pennsylvania Emergency Management Agency headquarters on Sunday, Governor Tom Wolf has pleaded to all Pennsylvanians to voice their frustrations and outrage over these current issues peacefully.

Our dogs are intelligent and fantastic creatures.  From the ultimate walking companion to the goofball who likes to bark at the mail delivery truck, dogs have a lot of personalities. 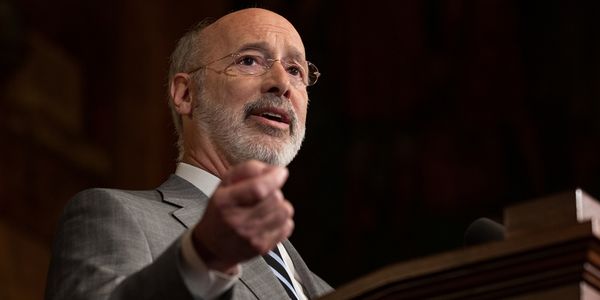 All PA citizens would have to embrace and adapt to the "new normal."