The state police have charged a woman from Red Lion for felony child endangerment after hiding under a bush with her daughter to avoid detection from the authorities.

The woman is identified as Rachel Renee Demasi, 45-years-old. According to the criminal complaint filed on Monday with District Judge John H. Fishel, both Demasi and her daughter were found around 4:30 am Sunday on South Pine Street.

The daughter was stressed and scared. Crying and visibly upset. She was found by the authorities all soaking wet and muddy, only wearing sweatpants, a long-sleeved T-shirt, and a short-sleeved shirt.

The daughter was released to the custody of her father, Vincent Demasi. He reported to state police that his wife left their house on West Broadway Street with their daughter just before 1 am. He also said to the police that his wife was suffering from a mental breakdown, and his daughter might be in danger. He also had to make a police report as the daughter was well-dressed and fit for the weather during that time, which was at 42 degrees with steady rain.

Helping the community, feeding the needy, and doing what's right. That what it means for Jerry Philachowski's and it was his idea to do what he can to fight the 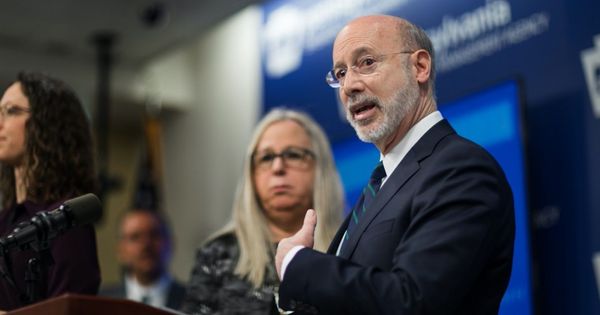 Image: Natalie Kolb/Commonwealth Media ServicesGolfers and ordinary citizens alike might be able to enjoy the great outdoors soon as Governor Tom Wolf announced on Monday that he would be