Taste of Sicily, a restaurant located at 132 E. Main St., Palmyra in Lebanon County, has its license suspended for offering dine-in services, which is against the orders of Gov. Tom Wolf’s administration. They posted a document that the restaurant received from the Department of Agriculture on Wednesday.

In response, the restaurant owner posted this statement: “So many of you keep telling me to stay in the fight, and my friends... WE ARE GONNA CONTINUE TO STAY OPEN AND OFFER INDOOR DINING,”

Lebanon County, as of this report, is still in the yellow phase of reopening in which dine-in services in restaurants are still not allowed. Taste of Sicily restaurant owner stated on their Facebook page that they will still remain open regardless of receiving a temporary emergency suspension of its retail food facility license.

As more and more counties are now getting into the 'green phase' of reopening, the state government reminds the general public that restrictions are still being implemented. The Wolf administration recently updated its guidelines regarding this. All PA citizens would have to embrace and adapt to the "new normal."

The entire state is expected to be in the more restrictive "yellow" phase by Friday, June 5. In this phase, outdoor dining is now allowed. Tom Wolf announced last week that under the new guidelines, bars and restaurants are now allowed to serve customers outside under these following conditions:

Wolf's reopening plan has also been adjusted since he first announced the phase system in April. So, expect some changes in the next coming weeks as your county moves from the red to yellow to green phases of reopening.

In Wolf's pandemic reopening plan, majority of the state will now be entering the least-restrictive phase. 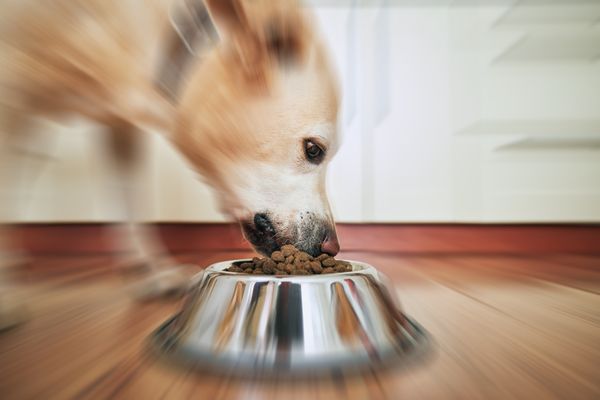 Our dogs are beloved members of our family, but they can also be natural mooches. From table scraps to treats to human food slips, they often are receivers of plenty of food. Do you notice, however, that your dog seems to be eating all the time?