This year is setup to be one of the worst seasons for ticks in Pennsylvania. Though difficult to predict locally. Overall tick populations are expected to be higher this year.

We asked Michael Skvarla an assistant research professor at Penn State's Entomology department what Pennsylvanians could expect this year.

"Predicting tick abundance is difficult to impossible as there are myriad of issues that affect tick populations, from large scale things like climate and the weather of the previous winter to very local things such as the abundance of small mammals and other hosts in a particular area."

The prior winter has been mild, in fact, it was the 6th warmest on record and there were only a few nights when the temperature dropped really low enough to kill ticks

The winter is one way nature keeps tick populations in check. Over winter ticks don't go away. They have a 2 year long life cycle and must survive two winters to find a mate and lay eggs. Surviving in the leaf litter tick larvae and adults hunker down in the warm decomposing matter on the forrest floor.

With practically no mild winter to help kill larvae many more have survived into spring and will progress to the next stage of their development, the nymph, During this spring and summer stage humans are most susceptible to infection with tick borne illness.

"There have been no state wide or regional surveys of pathogens in ticks that have been repeated on a yearly basis," reports Skvarla "So it's unclear if or how pathogen prevalence fluctuates year to year."

The most common disease present in Black Legged Ticks is Borrelia burgdorferi, which causes Lyme disease.

"B. burgdorferi is, on average, present in about 30% of black legged ticks in Pennsylvania, but in some areas that can jump to 60%."

Ticks should be removed as soon as possible. the longer the tick is attached the higher the chance of contracting the disease.

Preventing tick bites is truly the key in outdoor safety. The CDC recommends a permethrin spray and it can be used to treat clothing, boots, backpacks, and luggages. The spray lasts a long time and repels many insects - not just ticks.

Products certified by regulatory agency's to repel harmful insects may request to use the US insect repellent label.

After you're done outside it's important to quickly check your clothing, pets, gear, and body for the insect - you may even find that it has not had the opportunity to latch on if you inspect quickly after exposure to tick infested areas.

These areas are commonly found along the edge of trails especially if those trails are frequently used by animals. Ticks hold on to tall grass and brush waiting for an animal or person to brush past.

Stay safe and enjoy this summer season in Pennsylvania without worry - because you're prepared and informed.

Are you tired of dealing with that mess as well as the bath that goes along with it? If so, then you’re going to find relief — and hilarity — in these four-legged dog pants. 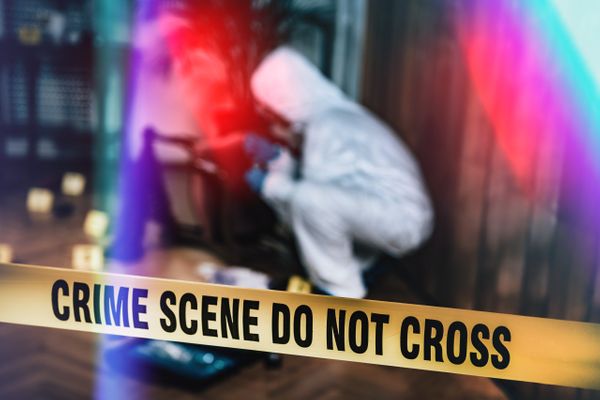 A Wilkes-Barre woman who mistook Pennsylvania State Trooper's text messages as coming from a potential john finds herself snared in an undercover sex trap, according to charges filed Tuesday.