Meet the Red Lion Ale Smiths, learn about the beer and brewery

Look for them to be open around Labor Day Weekend. It will likely be a soft opening, so stay tuned to their facebook for more details.

The Red Lion Ale Smiths, in no particular order, are Rich, Chris, and Ed. Red Lion class of ‘84 graduates and dear friends; they have been micro-brewing beer for years and are still working their ordinary day jobs and bring their years of professional experience to the table.

Rich is a Sales Rep in Baltimore, his charisma and personality support the Ale Smiths with media relations, marketing, and vendor relations. He has been swamped working with the complicated licensing and inspections requirements in PA.

Ed is the electronics and Mechanical Wizard. Ed has custom built digital controls, heaters, etc for their precise and custom brewing style

Their unique talents and passion for beer kept them together all this time, and now they want to share that passion with Red Lion.

What Were the Challenges?

Starting a business is a challenge, especially when you are still working a day job and do all the work yourselves. From Renovations, installations, concrete. The Ale Smiths and The Owners of Shadesville worked night after night to realize their dream.

The Pennsylvania Building Codes, LCB, FDA, and Health Inspection rules and regulations were stringent. It was not something they ever thought they would have to know. To pass the inspections, they had to study the rules. There are no shortcuts on the road to success.

They are excited to open, and once they receive LCB approval, they will be able to brew their first commercial batch!

The one word they said when asked to describe their beer was “Drinkable” they will have a flavor “similar to Yuengling” as well as other delicious flavors.

Some batches planned for opening :

The brewing taking place in Red Lion is an actual Micro Brewing Operation. Beers will be sized based on the %Alcohol, and this is craft beer. You’ll get your monies worth, and enjoy every sip.

The New Alehouse will be open from 5-10PM with extended hours Thursday Friday and Saturday. The Ale House has a full menu and will incorporate the beer into unique and home-cooked recipes, not to mention Food and Beer pairings.

After speaking with the owner of York County Ale Trail, Glenn; The Red Lion Brewery will be on one of their bus tours of the many unique micro-brewing operations in York, PA.

When you visit the new Ale House and Brewery, you can see the passion in the freshly painted walls, the hand-built Roughcut lumber walls, and the custom-designed electronics that control the brewing operations.

York County Ale Trail Brewery Tours: Reveiw York’s Brewery and Bar Scene has exploded in recent years. With 20 breweries and counting, and 6, soon to be 7, 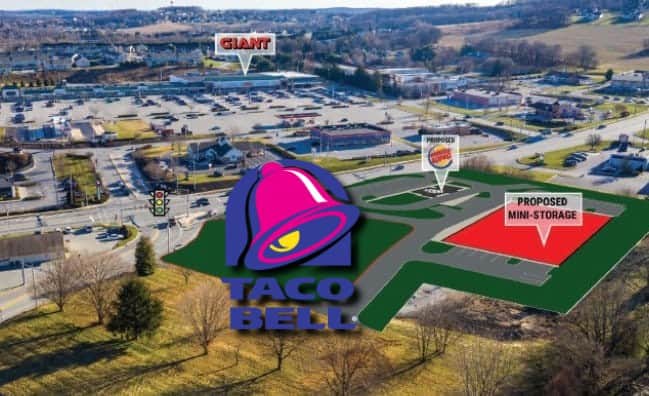 Sources say a Taco Bell is in the works for Red Lion After the Demolition of the old Cape Horn Country Store at 3100 Cape Horn Rd. Residents of Southern