York’s Brewery and Bar Scene has exploded in recent years. With 20 breweries and counting, and 6, soon to be 7, in a one square mile area. Glenn, our tour guide, for the York County Ale Trail took us around to 3 exceptional breweries to sample their exquisite beverages and see behind the scenes.

Our tour started at noon, at the Philadelphia St Parking Garage, where my wife and I plus seven others joined Glenn to start the journey. Glenn handed out name tags, scorecards, and pencils to keep track of the 12 different beers we were to have on our tour. Our itinerary was planned from the tour we selected.

Going on a Brewery Tour

First up was Crystal Ball, Located at, 21 S Beaver St, York, PA 17401. This location is a small tasting room for the brewery that located 10 mins away in West York. On our way, Glenn talked about the county and what makes it unique, history and the origins of different beer, and cracked some good jokes. He was able to take the edge off and reduced that feeling of anxiety you get, or at least I get, when placed in a group.

At Crystal Ball, we had four beers. Glenn instructed us how to properly taste beer by sipping, “quaffing”, and well, smelling. We tasted each beer one at a time and at this first stop, Glenn explained How beer is brewed, some different types and the IBU, or international bitterness units. This measures beers bitterness with higher numbers being more bitter.

Crystal Ball’s tasting room is small and quaint with little sit-down tables at the windows, a decent bar, and light food. They had a vast selection of board games and puzzles to enjoy. The tables by the windows had a unique Japanese feeling where you would kneel or sit on a raised bench to gather around the table.

We had fun a the first brewery and had the opportunity to meet each of the guests on tour. We were joined by a Father and Son, who were beer lovers, and 5 Women from out of town who were college roommates, celebrating a birthday in York, PA.

On our way to the next brewery, we cut through Royal Square. It’s the name for a district or city block in York, PA. Glenn explained its name comes from the streets it borders, King, Duke, Princess, and Queen.

Royal Square is a unique experience all it’s own, with Art, Antiques, Food. It is truly amazing what redevelopment took place in this area of York. Royal Square has 29 unique destinations and 14 one of a kind murals on garages and buildings.

Next up we visited Collusion Tap Works, Located at 105 S Howard St, York, PA 17401. Our first real brewery of the tour. Collusion has a massive selection of beer, a large bar with plenty of seating. They also had a decent lunch crowd when we arrived. Most of us placed some orders for lunch as Glenn got our first brew poured and explained it’s stats and information.

During the tasting our lunch arrived, I highly recommend the gourmet grilled cheese sandwich. We all finished lunch and took our last beer back to Collusion’s impressive Brewing operation. Glenn explained the process, and the Brewmaster was there to provide his perspective and supplied some good jokes.

At this point, we started feeling closer as a group, laughing and telling jokes and stories. Glenn joined in and provided some unique perspective and information about the city and its history.

Our last stop of the tour was Gift Horse Brewing located at 117 N George St, York, PA 17401. This brewery has a Massive Beer Garden located right in the densest part of the city. It almost feels like a beer festival, but it’s every day.

Our group decided to sit outside and Glenn started pouring and explaining how Gift Horse was stared, and the history of the Beer Garden. As we sipped each beer on our tour, Glenn would talk about its tastes and what’s different about the brewing process to achieve the flavor.

At the end of our tour; it was now a little after 4:00 PM. Glenn said his goodbyes and I filled my growler at Gift Horse. We all stayed and chatted for a bit before going our separate ways. We decided to grab some dinner at White Rose before walking around the town for a bit and headed home as the sun set.

All in all, York County is one of the best places in the nation to tour Micro-Breweries, and the York County Ale Trail fills this nitch. Our Coverage of the Broadway Ale House & The Red Lion Ale Smiths in Red Lion, PA mentioned that the New Brewery would be on the Bus Tour.

In total the York County Ale Trail offers Rotating Bus tours to almost all 20 of York Counties Breweries, but their walking tours cover the ones in the city.

Keurig Dr Pepper (NYSE: KDP) today announced plans to build a new state-of – the-art warehouse and manufacturing plant in Allentown, Pennsylvania. It is anticipated that the company will invest 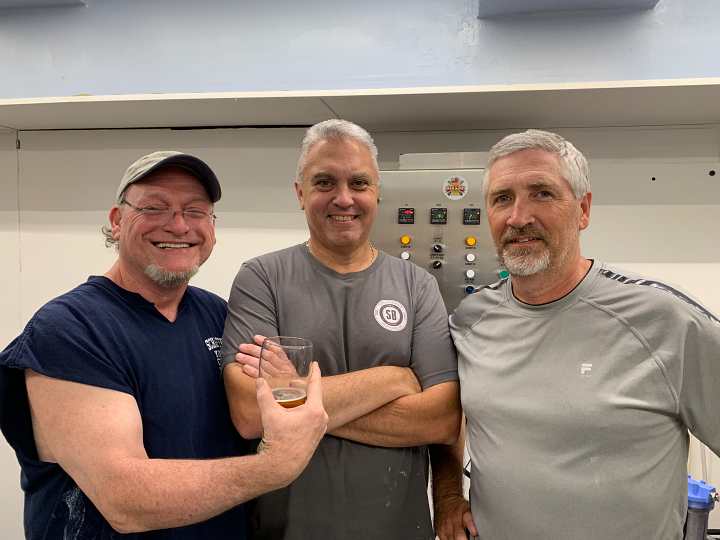 Meet the Red Lion Ale Smiths, learn about the beer and brewery In our previous article, we visited the then under-construction Broadway Ale House and met with the owners of